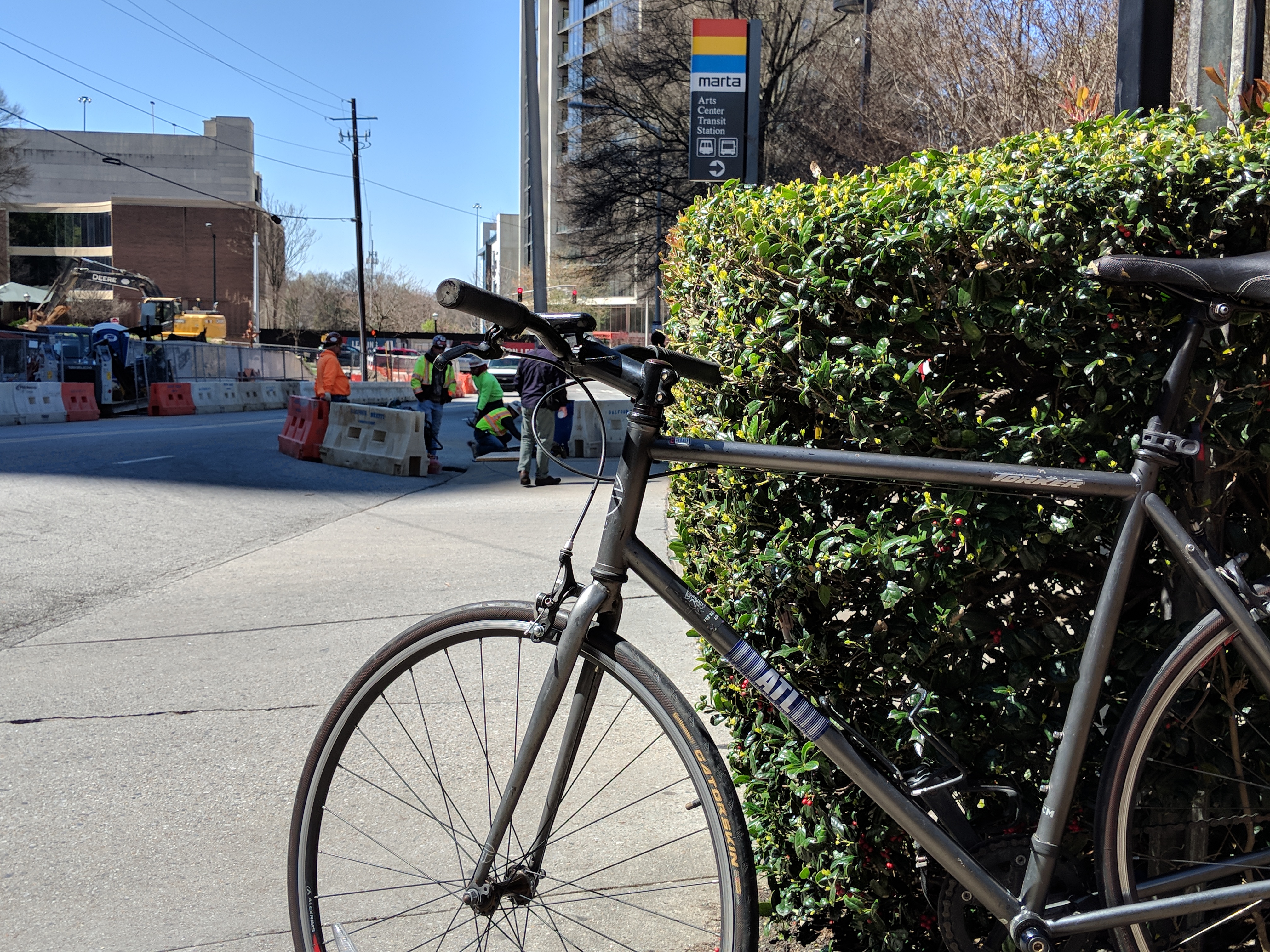 After several years’ worth of on and off bike and transit commuting from where I live in East Atlanta Village to where I work at Kennesaw State University, I decided to donate my car at the end of 2017. It’s been six months since I’ve been completely carless, and I thought it was time for some reflection on the experiment. First, some data:

Before: My commute from home to work is roughly 30 miles. It used to take me anywhere between 40 mins and two hours for that drive, depending on when I was making it. It used to cost me anywhere from $7-$9 in gas for one round trip.

Now: My commute consists of a 7 mile bike ride, a 20 mile commuter bus ride, and another 2.5 mile bike ride from the bus stop to school. It takes between 1h 45 mins and 2hrs 15 mins to complete that commute, depending on when I am making it. It costs me exactly $5 in transit rides for one round trip.

Since January, I have travelled over 2000 miles on my bike and the bus commuting to Kennesaw and around Atlanta for various meetings. While I sometimes I have to borrow one of the family cars to get someone else somewhere, I never drive anywhere that I’m going by myself.

For anyone contemplating such an experiment, I’d recommend that you:

I’m a convert. When my daughter leaves for college next month, she leaves a car behind, but I won’t be hurrying to jump in it. Unless I’m traveling with other people, I’ll be sticking to my bike and my Marta card because I’ve been healthier and more aware in the last six months since I took the car key off my carabiner.