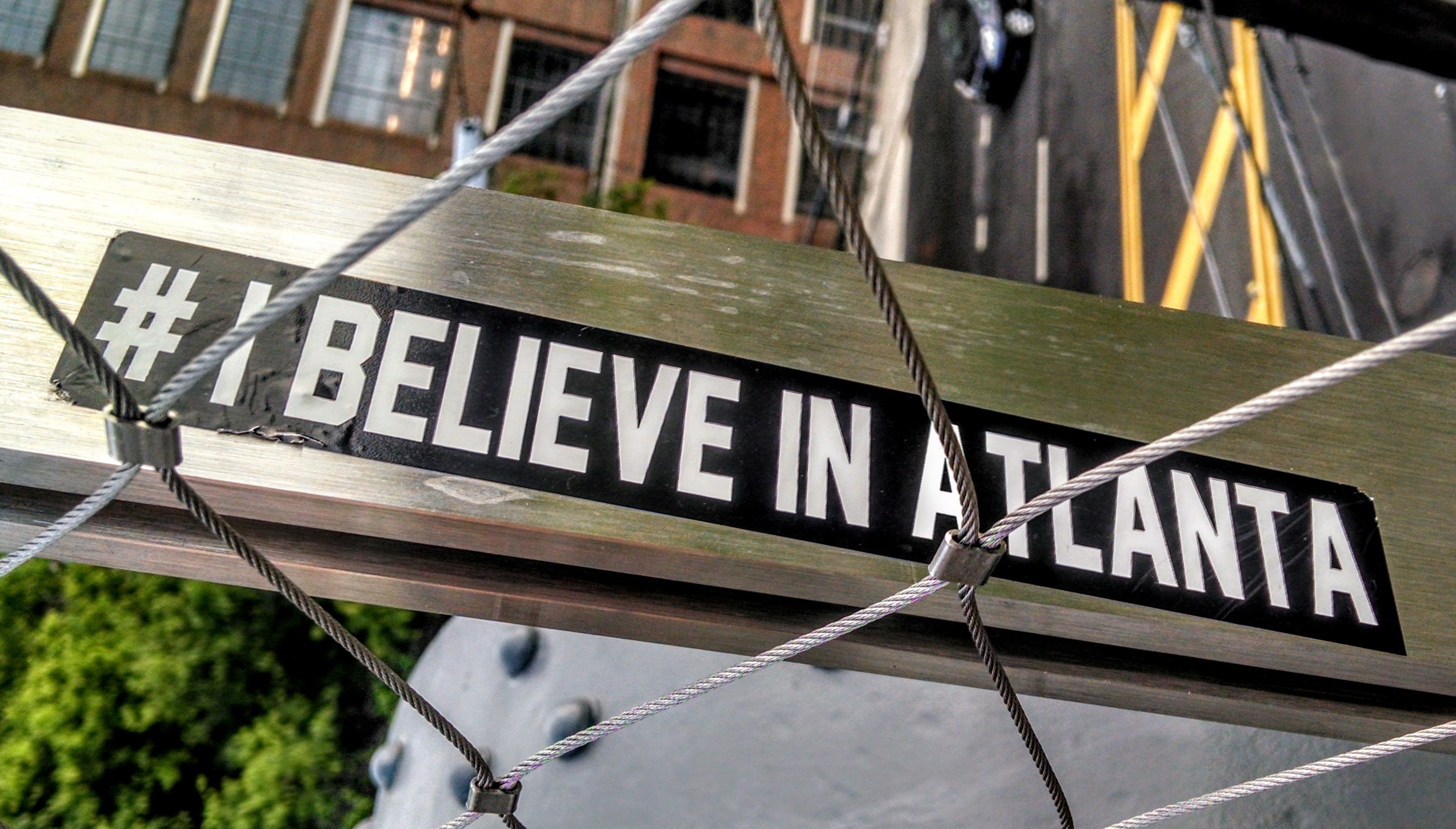 Published by Pete Rorabaugh on August 2, 2015

In August 2013, while I was finishing up as a lecturer at Georgia State and getting ready to start a new job at Southern Polytechnic State, I threw up a Google Community called Atlanta DH/D-Ped and started posting about events, open jobs, and things I was reading. My first post there outlined, roughly, what I was trying to do — build community. I saw my friend Brennan Collins (GSU) organizing digital pedagogy events with great potential, and I wanted other people to know about them along with other DH and digital pedagogy events in Atlanta. I learned from my work on Hybrid Pedagogy that it is impossible to predict the value and direction of a group of likeminded open educators and researchers; best to just provide a framework for our conversations and see where it goes.

Exactly two years later, lots of things have changed for me. Within two months of arriving at SPSU, it was announced that we’d be consolidating with the much larger liberal arts university to the north, Kennesaw State (that transition is only just now wrapping up). My department has been reframed from English, Technical Communications, and Media Arts to Digital Writing and Media Arts. I have remained committed to building this network, along with my early partners — Brennan, David Morgen, and Timothy Harfield — into a dynamic local community. As with all side projects, we’ve burdened by everything else we’re doing; there never seemed to be enough time to do the work that the community required.

Last summer we renamed the group Atlanta Connected Learning (ATLCL); this summer, we committed to a series of working meetings and built an Advisory Board for ATLCL for 2015/16, inviting friends and collaborators from around the city. We’ve been excited by the response. Along with 11 others from five different universities around the city, Brennan, David, Timothy, and I are looking forward to some fulfilling work this year that will include keeping our website dynamic, better informing the community about Brennan’s digital pedagogy meetups and other events, reaching out to new institutions and departments, and cultivating relationships with K-12 teachers who are doing the same kind of work. , and we’re excited about what we can do this year to promote local conversation about digital literacies, connectivist learning practices, DH-related research, and new media scholarship. You can keep up with us at our website (www.atlcl.org) or on Twitter, Facebook, or G+ — we’ll be using the Known platform to syndicate content to those social media accounts.

If you’re interested in the community, whether you’re in/around Atlanta or not, we hope that you’ll join us.